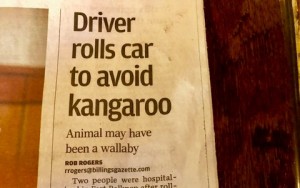 Thoughts on aging and how to end it.

I flew to Billings last weekend for a friend’s memorial service and got more than a flight into the past. On August 13, 1976 this friend banged his head on an armrest while lying in the backseat of a car heading home from a bar. The vehicle had ventured just a few feet off the road, for just seconds. The bumping broke a vertabra and cracked his universe, throwing him into a wheelchair for the rest of his life, a distance of some 40 plus years.

He was one of the good ones who so often get dealt a bad hand. Generous beyond belief. The one who’d gather everyone left at last call and buy us all a late night dinner at Wong Village. He was a genius math whiz poker-faced Packer fan. A railroad worker with a pocketful of cash on fire. A true class act.

At the memorial service I talked with a guy I hadn’t seen in 25 years. I recognized him and thought he did me. But an hour later he came up and said he had no idea who I was when we talked earlier. I was taken aback. Everyone else had aged and changed a great deal it seemed, but not I. I wondered how he couldn’t recognize me, until I went to the can and looked in the mirror and wondered who invited my dad. I must have shocked the guy. And no doubt others.

The next morning after the Memorial Service I visited two matriarchs of family clans who were best friends of our family growing up. They now live next door to each other in a senior care center in Billings. One had the marks and blotches common with an aging body, but her mind was tack-sharp. The other had not a pockmark on her, her smiling complexion still creamy smooth. But her mind was off skipping to a different tune and time. She didn’t follow too well. Both are exactly alike in one way: they face their future with grace and courage.

My visit with them left me wondering which is better – to look your worst, and have a sharp mind that knows it. Or to look fine, but have a mind that won’t focus. I vacillate between the two. Of course I should pick mind over body. But Vanity is almost my last name and it’s hard to shake. I most surely will be an ugly old cuss and some will say I already am.

Then again, maybe I won’t have to worry about it. While in Billings I heard that the father of a rancher friend of mine had received a health diagnosis that didn’t sit well with him. So after making and eating breakfast one morning he loaded a revolver, put the barrel to his temple, and shot the diagnosis all to hell.

I wonder if I would really take that fork. Eat some eggs and bacon, clean up, then blow out the candle for good. I have no idea. I doubt it. I’m not that strong of mind, or that good a shot. And to give up bacon forever would be hard.

When bored, I often think of ways to die. It’s amusing to me. In my mind, if you imagine in detail the circumstances of your death – like getting bit by a rattlesnake while out hiking near Pictograph Cave, or keeling over from a heart attack in the grocery store and causing a cleanup on aisle 7 – the scene you imagine is guaranteed not to happen. Because NOTHING ever happens exactly the way you envision it. It would be a cosmic fluke, near impossible. But if it does; if I die in a grocery store on aisle 7, it’s proof the game is fixed and there’s order in the universe. Science will be advanced.

So when I saw the kangaroo headline in the Billings Gazette this weekend – the one that said, “Driver rolls car to avoid kangaroo” – I was pleased. I thought of the scene (near Fort Belknap). The driver was taken to a hospital and a patrolman checked on her. She said it was definitely a kangaroo. He said sure, with a smirk I’m sure. Then he drove back to examine the scene and sure enough found a kangaroo standing 30 feet off the highway. It turned out to be a wallaby.

Now I KNOW I’ll never die in a car rollover caused by a kangaroo (or wallaby). I hope not to be paralyzed by one either – left in a wheelchair, unable to hold a gun, someone making breakfast for me.