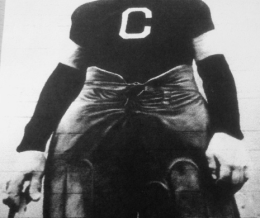 Grandpa Lazlo played for the Copywriters

Found this old photo of my grandfather, Lazlo Overhead, who played college football for the Nebraska Copywriters, before they became the Cornhuskers. Copywriting and football run in the family. Okay, I’m lying. Lazlo played for the Carlile Copywriters, not Nebraska. And before being called the Cornhuskers, Nebraska’s team was known as the Bugeaters (no lie). […]

END_OF_DOCUMENT_TOKEN_TO_BE_REPLACED

“Some men look at constitutions with sanctimonious reverence, and deem them like the arc of the covenant, too sacred to be touched. They ascribe to the men of the preceding age a wisdom more than human, and suppose what they did to be beyond amendment. I knew that age well; I belonged to it, and […]