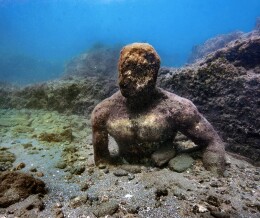 In its glory days, the Roman coastal city of Baiae was the Mar-a-Lago of its time. Roman leaders and the elite had vacation villas there, including Julius Caesar and Caligula. Seneca described Baiae as a “vortex of luxury” and “harbour of vice.” It didn’t last. After 600 years, the resort town was sacked by Muslim […]